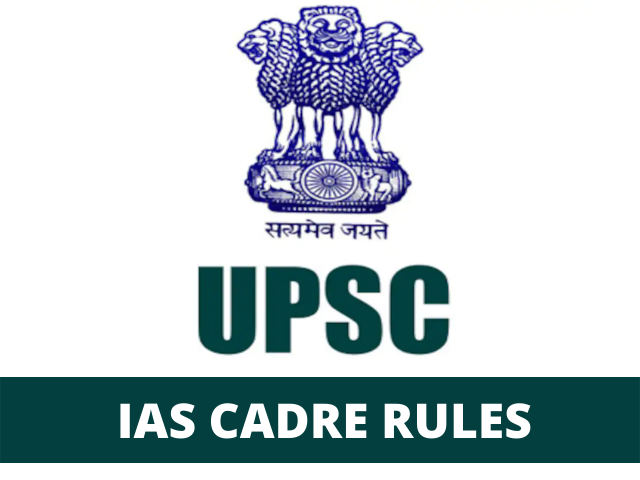 UPSC Civil Services Mains is being conducted now in the country. The Central Government may change the IAS Cadre rules as reported by many media houses recently. Check the proposed changes and the current cadre rules below.

Central Government has proposed changes to the IAS Cadre rules recently as reported by various media houses. UPSC 2022 exams are to be conducted in the month of June 2022 and the UPSC Mains 2021 are currently being conducted. All the candidates who are to appear in the exams must know what the IAS Cadre rules are all about. It has been listed below.

IAS Cadre Rules: Why in news?

There is an ongoing rift between Nabanna and the Central Government regarding the deputation of IAS officers from Bengal. As the Center is proposing changes to cadre rules, it may lead to a new rift between the West Bengal and Modi governments. As per the rules the IAS officers can be posted on central deputation with the concurrence of the state government concerned. Now the Government is proposing to also attach the following rule, “Provided that each State Government shall make available for deputation to the Central Government, such number of eligible officers of various levels to the extent of the Central Deputation Reserve prescribed under Regulations referred to in Rule 4(1), adjusted proportionately by the number of officers available with the State Government concerned vis-a-vis the total authorized strength of the State Cadre at a given point of time.”

Also if there is any disagreement in the governments the matter would be decided by the Central Government in consultation with the state government.

‘Cadre post’ means any of the posts specified under item I of each cadre in the schedule to the Indian Administrative Service (Fixation of Cadre Strength) Regulations, 1955.

The Deputation of Cadre Rules states that-

The states may oppose this move as the Center would have a higher say in this proposed amendment and since it can unilaterally pick up any officer from the state, it would hurt their interests as well.