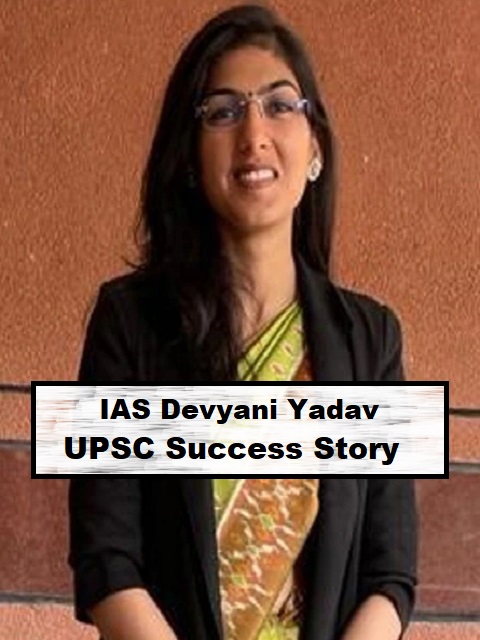 People put in years together to crack the UPSC Civil Services exam but do not succeed, however, this girl from Haryana became an IAS studying only 2 days every week. How? Let us know here about Devyani Yadav who cracked Civil Services Exam focusing on qualitative studies.

Devyani hails from Mahendragarh in Haryana. She completed her schooling at SH Senior Secondary School in Chandigarh. She completed her graduation in Electronics and Instrumentation Engineering from BITS Pilani Goa. She finished it in the year 2014.

Devyani is a Civil Servants daughter so there was her inspiration. Her father was the Divisional Commissioner in Hisar that motivated his daughter to take up civil services as a profession.

Devyani’s journey was never easy. She failed 3 times before she succeeded in the exams. Devyani attempted the Civil Services exam in the years 2015, 2016, 2017 but was in vain. She qualified for the exam in 2018 but could not clear the interview round.

She succeeded in 2019 and secured 222 ranks in UPSC CSE. In her fifth attempt, she secured 11th rank becoming an IAS officer.

Devyani was undergoing training at the National Academy of Audit and Accounts, Simla when she cracked UPSC with 11th rank. She said, “I focused on the quality study and related on previous papers for preparation. I took coaching during the first year of preparation.”

She also said, “I drew inspiration from my father for choosing the civil services. The kind of satisfaction he derives from his work is exactly what I want. I have watched him closely and I admire his work ethics and the change he has brought through his actions.”

Devyani after joining the Central Audit Department did not get much time to study. She only got the weekends to study but did not lose heart. She focused on the quality of study and just studied without tension. In her fifth attempt, she had set a target to get more marks in the optional subject in this exam and she became successful.

Devyani focused on writing skills and read the newspaper every day without a miss.

After cracking Civil Services she said her priority areas would be women empowerment and education.

List of IPS Officers Who Turned Into Politicians: UPSC 2022