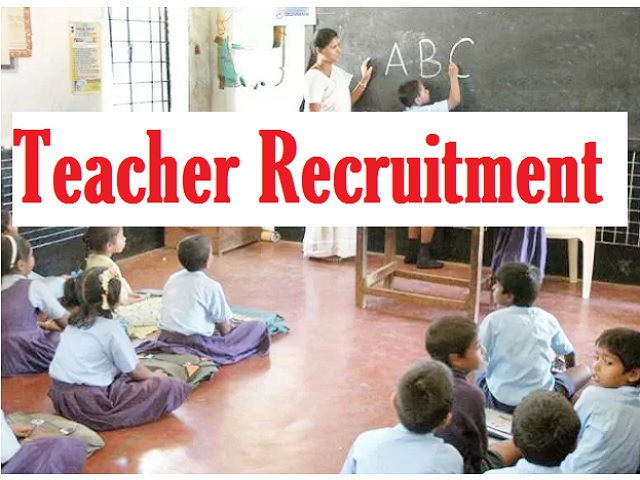 Uttar Pradesh Government can announce this month for the recruitment of various vacancies under Primary and Basic Teacher in the state. Check Update here.

Teacher Recruitment 2021: Finally there is good news for all those candidates waiting for Government Teachers Jobs…Yes there is a chance that Uttar Pradesh Government can announce this month for the recruitment of various vacancies under Primary and Basic Teacher in the state. Aspirants who were waiting for the recruitment drive for Primary Schools under Basic Teacher Recruitment, will be able to listen good news in this regards.

According to media reports, UP Government has demanded the proposal in this regards from the concerned Recruiting Agency for the teacher posts. UPTET Exam can be conduct in the month of November 2021, if things remained on the track as per schedule. The Teacher Recruitment Exam can be held in the month of December 2021.

It has been said that UP Government has formed a 3 member committee which is working for the last 15 days for finding the details of number of vacant teacher posts and name of schools where these vacancies are available. Media reports says that there are more than 70,000 posts are vacant in various schools and thus it can be a major Teacher Recruitment Drive in the state.

It is noted that Uttar Pradesh Basic Education Department has informed that there are total 51,112 seats are vacant in the various schools in the state. These vacancies can be merged with the existing posts and thus a total of 68,500 is still to be completed by the concerned department in the state.
Uttar Pradesh Basic Education Department is in the process to recruit 69,000 Teacher Posts and after the three phased of Counselling, still these posts are yet to be filled.

IIT Kanpur Recruitment 2021 Notification Out for 95 Deputy Registrar, Junior Technician and Others; Check How to Apply Online, Salary, Eligibility